“Brothers Under The Sun” • Spirit: Stallion of the Cimarron

For some it’s hard to drop everything and just go. Getting rid of items you don’t need, wasting money and time to travel to a job you hate, just to get by with paying the bills so you can continue a cycle that’s becoming an undiagnosed disease. Next thing you know, you’re wondering why you keep torturing yourself in this way.

I’ve been there – and frankly – almost everyone has at some point in their life. Whether it was a few weeks, months, or even years. Why waste your life in such a way? That’s what I always repeated in my head.

You’ve gotta get out of here, Amber. You need to leave. Go – get in the Jeep – it’ll all sort itself out.

The things I collected ten years ago do not necessarily mean as much to me as they did back then. Do I regret those purchases or items? No way, it was ten years ago! I still cherish what joy they’ve brought me over the years. Maybe some things were sold, some stayed.

It’s funny how I look at my

Lord of the Rings sword that’s worth $1,000 and think about all the backpacking gear I could buy, the new DSLR I could purchase, the adventure mobile I could build, the countries I could travel to… I doubt I’ll ever sell it though. It’s the sword of the freakin’ Witch King.Very rare and absolutely kick ass! My film memorabilia collection is quite nice, but takes up so much space and most ends up in storage on a rotational display schedule.

Most of the time I just want to get rid of everything I own and only have the essentials in life. I love that idea, that lifestyle, and it is something I am striving for everyday. I look at old possessions and say to myself, “It’s been sitting in this box since I moved back from travelling. Time to go.”

The things you own end up owning you” — Tyler Durden, Fight Club

For some of my nicer items, my parents are amazing enough to store them when I am away at their house. They don’t want me to regret selling that sword or Titanic poster Leonardo DiCaprio and Kate Winslet stood in front of at the Las Vegas premiere. I just wish they’d all fit into my future home.

For the not-so-important, I’ve been giving myself a timeline just like I do with clothing. If it stays on the rack for more than three months/that specific season, it goes. I have a lot of items stored at my Grandmother’s that are in the process of finding new homes. They should be used instead of sitting collecting dust.

Not only does this allow you more physical space, but mental space. You’re decluttering your mind of unnecessaries. That’s one way, at least for me, to keep trekking along to my goal of living small. I want a mobile unit I travel the world in.

I don’t want a steady job, a stationary house, kids, marriage; none of that interests me.

I see my friends beginning those lives, and I am so happy for them! My lifestyle and desires are very unconventional, even in 2017. I’m that crazy kid in a group of friends who seems to be about ten years behind with life. It’s not that I am behind; I’m just parallel on a very rocky path zigzagging up Everest.

Whatever it is that gives you happiness, keep it. If it’s only weighing you down, it needs to be kicked to the curb. Once you begin to let go more and more, the world will open itself up with opportunities and signs that you are on the right path.

I’ve had moments within the past few months that have given me signs I’m going the right direction. One, recently, involved my AT trail partner and I during one of our meetings where we catch up on what gear we have, what permits we need, drop boxes…

Will was at the store getting food to eat and pulled some change out of his pocket. One of the shiny quarters stuck out to him being so fresh and clean, so he held onto it.

As he told me the story, he explained that – internally – he joked with himself that wherever the location on that quarter was, he would visit it after the Appalachian Trail.

Turns out the location on the back of this quarter is Harper’s Ferry, a major trail stop on the AT for thruhikers.

He ended up having two of these quarters, and gave one to me. It will be going along on my journey as a reminder that I am on the right path for who I am and who I am becoming; not for other’s versions of who they think I should be in society.

Nothing ever stops evolving. We are not the same people we were ten years ago or even one year ago. We do not live in the same world it was ten years ago or even a few months ago. Nothing will stop evolving, and you must be fluid to survive this life. I’m learning every day about how to go about this life, what and how I want to achieve my goals.

I’ve always been set on what I wanted: it always ended with world travel. I’ve done many countries in the past, but this year begins an entirely new way of experiencing this Earth. 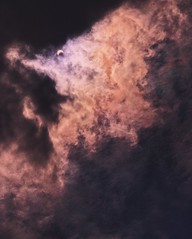 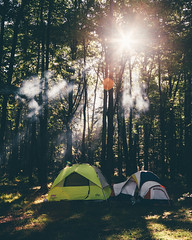